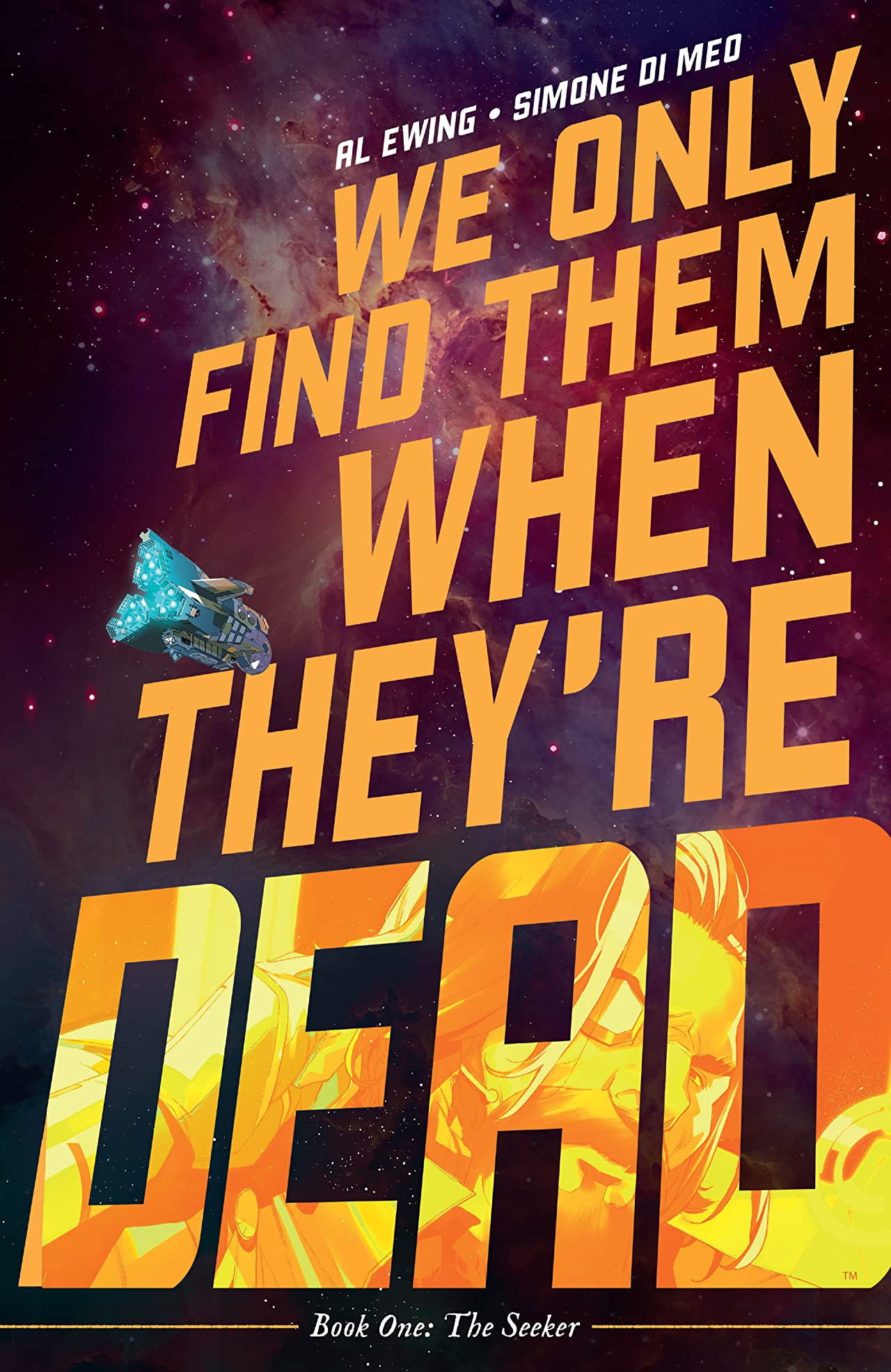 Brian and Paul dig into We Only Find Them When They’re Dead Vol. 1 by Al Ewing, Simone Di Meo, Mariasara Miotti, and AndWorld Design.

END_OF_DOCUMENT_TOKEN_TO_BE_REPLACED
Leave a Comment
Episode 259 | Goodreads Book of the Month: Something Is Killing The Children Vol. 1 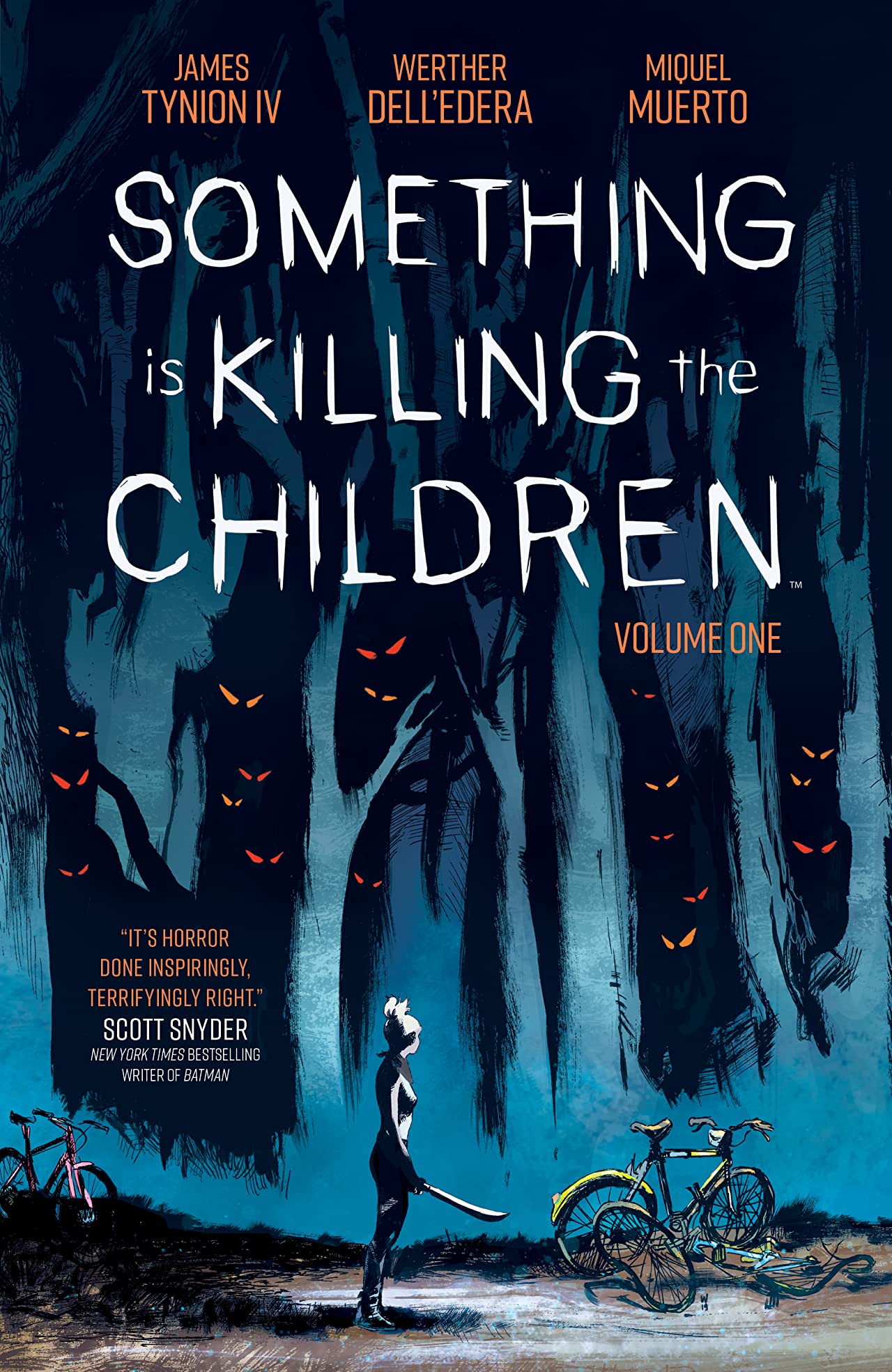 Episode 259 | Goodreads Book of the Month: Something Is Killing The Children Vol. 1

Mike, Kait, and Nick sat down to discuss our Goodreads Book of the Month: Something Is Killing The Children, Vol. 1 by James Tynion IV, Werther Dell’Edera, Miquel Muerto, and Andworld Design. 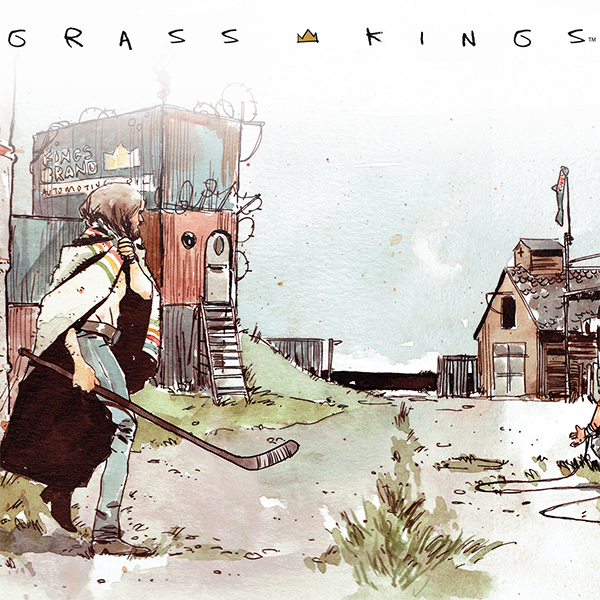 This episode was recorded some time in the past! Mike and Nick sat down to talk about the first arc of Grass Kings by Matt Kindt and Tyler Jenkins. Relevant Links/Information Mike – @mikerapin Nick – @dethstarplnz Our music is provided by Infinity Shred. You can find them on Bandcamp. This week’s episode was produced by Mike Rapin and edited by Zander Riggs. Have a question? Want us to talk about a topic? Submit discussion topics to our subreddit /r/IReadComicBooks or our Goodreads group and get a hold of us in the comments or here: ircb@destroythecyb.org – @ircbpodcast & #IReadComicBooks. Hey #PodernFamily listeners! Thanks for dropping by! TuneIn | Player.fm | Overcast

ene and Brian join Mike to talk about our Goodreads pick of the month: The Spire by Simon Spurrier, Jeff Stokely, Andre May, and Steve Wands

This episode was recorded September 26th, 2015. This week, Mike, Nick, and special guest Jeff (who’s audio is static-y, and we apologize!) talk comics and their comic picks for the week (Archie #3, They’re Not Like Us #8, and Material Volume 1). The gang discusses price points in comics–Justin Jordan talked about how $9.99 volume 1’s at Image sometimes don’t work. Following, BOOM! announced a 15% reduction in comics being produced and a new LCS program to keep #1s in their shop. Links this week: Justin Jordan – “Sausage Making: The 9.99 Trade” Jim Zub – “The Reality of Mainstream Creator-Owned Comics” (2012) “Okay, What About Digital Comics?” (2012) “Creator Owned Sales Over The Long Haul” (2013) “Creator-Owned Economics: The Changing Market” (2015) Bleeding Cool – “Boom! Studios To Shrink Their Line By 15% In 2016” This week’s music was by Supertramp, Sun of Dork, Elvis Costello, and Infinity Shred. This week’s episode was produced by Mike Rapin and edited by Zander Riggs. Have a question? Want us to talk about a topic? Submit discussion topics to our subreddit /r/IReadComicBooks and get a hold of us here: cyborg@destroythecyb.org – @destroythecyb – destroythecyborg.tumblr.com. Listen on Stitcher

799 members
This is the official Goodreads group for the I Read Comic Books podcast. We're open to everyone who loves comics! Each month we vote on a collection, original graphic novel, or collection of comic issues to read and discuss as a group. Then at the end of the month you can listen to our episode about it! <a href="https://wavve.link/ircb">You can find episodes of our show anywhere podcasts are found.</a> <a href="https://patreon.com/ircbpodcast"><strong style="color:#f00">Support IRCB on Patreon!</strong></a> <a href="https://discordapp.com/invite/E8JUB9s" target="_blank">Join our Discord!</a>